Wamakersvlei directly translated means “wagonmaker’s wetland”. This unique name was given due to the location which was on route to Velddrif.

About 300 years ago, early settlers or trekboere settled down in the area. The deep sandy soil was a challenge for farmers to transport their crop to Velddrif from where it was shipped to Cape Town. The farmers struggled with their heavy loaded ox wagons through the two-track sandy road until they reached the pans where they unharnessed the oxen and repaired their wagons. The pans at Wamakersvlei is adjacent to salt pans which forms an approximately 20km strip to Velddrif. It was much easier for the farmers to move from here with their products to the sailboats at Laaiplek, at the mouth of the Bergriver. Later on, Wamakersvlei also became the home of “veewagters” who looked after the cattle and goats of the more wealthy farmers.

The so-called “bywoners” or farm labourer’s however discovered the rich fishing fields of the area where you will find Galjoen, Harders as well as Wit Steenbras. The farm is still unspoiled with a 400ha wilderness area of approximately 7 km coastline which boarders the Rocher Pans. The 400ha of unspoiled Weskus Fynbos habitats various types of animals and birds. The owners recently restored the original veewagter cottages.

In May of 1693, the brand new Dutch East Indiaman De Gouden Buys departed the city of Enkhuizen for Batavia. But the crew faced a lot of challenges. Soon a lot of them became sick. Scurvy and Typhoid caused many deaths on a daily basis. Around the equator, the wind ceased and the ship had to anchor for weeks. Lack of freshwater and food made the situation worse.

Crossing the Atlantic brought the ship towards the St. Helena bay in South Africa. Because of a Northwesterly wind, it was almost impossible for the diminished and sick crew to sail South to the Cape of Good Hope. Captain Baanman ordered seven men, who were still strong enough, to go ashore and seek help.

After hiking for several weeks Laurens Thijszoon managed to reach a Dutch post with the help of local KhoiKhoi people. Soon after a message was delivered at the Cape Castle that there was a ship in need of assistance. Governor Simon van der Stel ordered a large salvage operation. Four ships sailed to the St. Helena bay. On arrival, Daniël Silliman, the other survivor of the seven men, was rescued from the beach. The salvage ship De Dageraad departed with the seventeen treasure chests and with Silleman to the Cape but also shipwrecked at Robbeneiland. Silleman also survived this tragedy and he was able to return to Holland eventually.

Back in Holland Silleman told his story to a publisher in Enkhuizen. The journey of the De Gouden Buys and the story of Daniël Silleman were already published in 1695 and became a popular storybook already at that time. Only a few copies of the book know worldwide today.

After further historical research, Dutch archaeologists contacted the authorities in South Africa in 2006. The intention was to try and find remains of the ship. Not because of personal gain or money interest, as the treasure chests were already taken off-board, but from a purely archaeological interest. A ship that is historically well known, has a greater story to tell. Most certainly because of the freshwater installation on board, because of the survivors challenging the rough west coast of South Africa, because of the sheer size and nature of the salvage. A fascinating story, that deserves to be remembered!

From the 2nd until the 22nd of January 2007 David Bouman en Marco Roling travelled to Cape Town for the third campaign in order to continue research on De Gouden Buys. Together with archaeology colleagues Jonathan Sharfman en Shawn Berry of the South African Heritage Resources Agency (SAHRA).

After having done an earlier aerial survey in 2006, which was performed along the coastline over a distance of forty kilometres, we decided this time to a survey over a smaller the area above deeper water (max. 15 meters). We agreed on an area about ten square kilometres around Wamakersvlei, the place most likely where Daniël Silleman landed together with the other six survivors at the time De Gouden Buys was anchored in the St. Helena Bay. 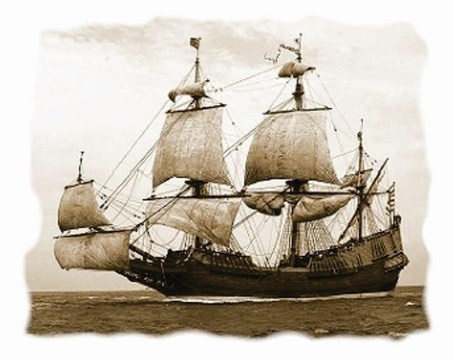 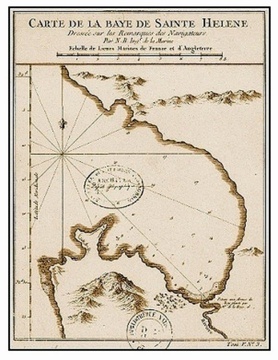 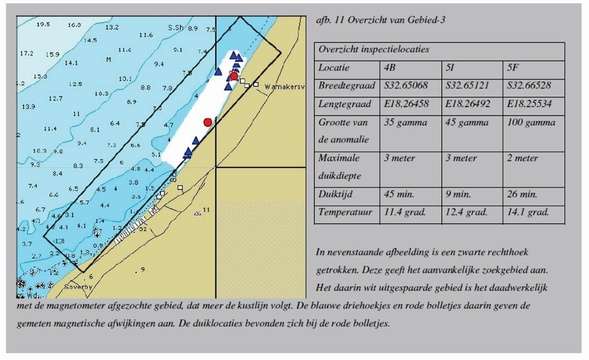 View   Book and save up to 30% on your Winter Stay